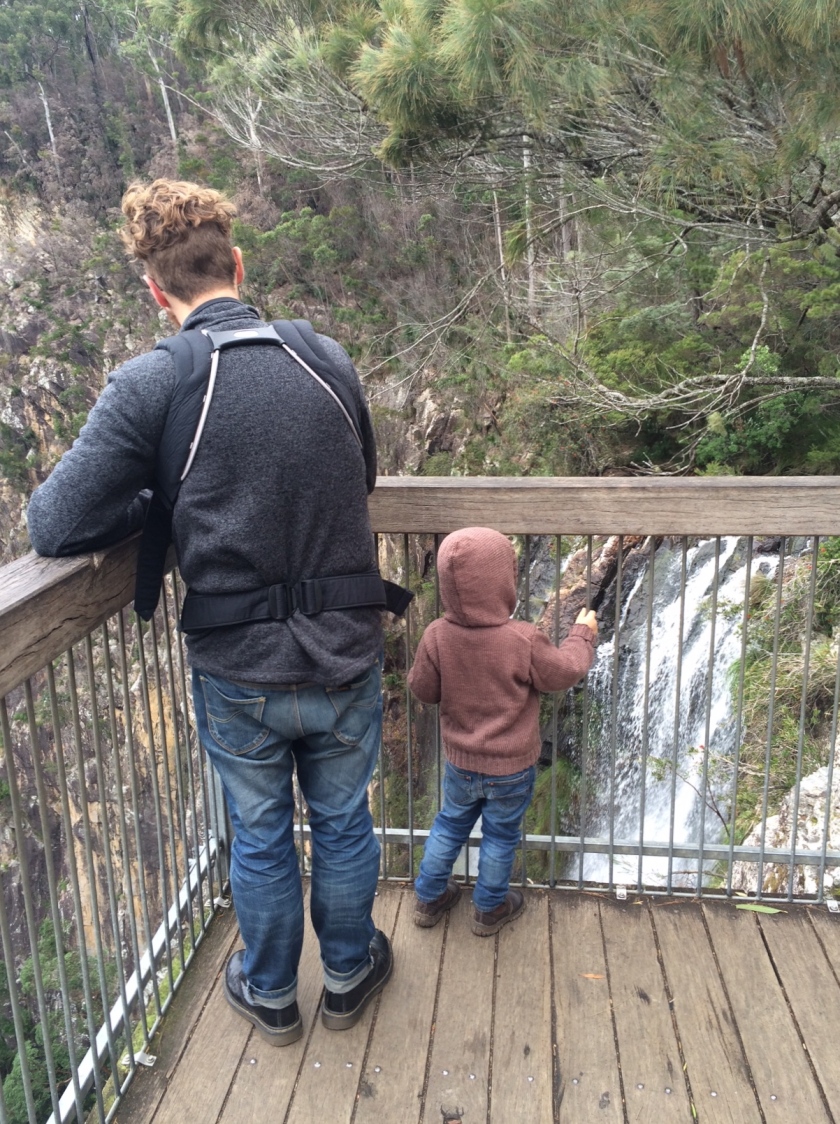 It was the Giant Drop at Dreamworld that undid me. Sitting, waiting, nothing out in front, nothing below. Only a metal harness preventing me from free-falling 39 storeys onto concrete and fake rocks below.

I wanted to get off. I couldn’t. I pressed my back into the plastic seat as far as it would go. I didn’t speak. When the carriage was released we rushed to the bottom, gut-in-throat, and I vowed never to go on it again. I’ll be sticking to the pirate ship, me hearties.

I wasn’t always this paranoid about heights but it’s getting worse. It’s no wonder theme parks aren’t built for adults to enjoy, when your aversion to risk is properly formed and your body’s equilibrium is so easily disturbed. But what about climbing the bell towers of medieval European churches? The Sydney Harbour Bridge Climb? Surely people past puberty can tackle those? Perhaps I just pushed it too far, did one too many. These days I barely want to go above the 3rd floor in a high rise.

Recently I took my family to a waterfall where a lookout juts out from the rock bed and lets you view the massive cascade as if you are standing out in front of it. The drive there is a single lane, winding road up the ridge encircling the valley. In places the rainforest is thin enough to see through, and you can look out between the trees across the gaping void and to the rock-faced cliffs on the other side. It gives me the creeps.

I could feel my heart beating louder in my ears and felt my breath quickening.

The viewing platform hangs out above the treetops and way down below you can see hikers stopping for a picnic at the base of the fall 100 metres below. The walking path is on the same level as the rocky creek bed before the ground falls away, and at a certain point it’s quite easy to climb over (or under) the waist-height steel railing and walk out to the edge of the slippery cliff where the water runs over.

On the day we visited, some idiots, sorry, teenagers, were out there. I could have screamed at them, but instead I tried to divert my toddler’s eyes away, hoping he wouldn’t notice the possibility and ask to join them. He did.

Acrophobia is defined as a “pathological fear of heights”. Looking up pathological, you find phrases like “caused by or involving disease”, “evidencing a mentally disturbed condition” and “any deviation from a healthy, normal condition”. Excuse me? I’d say it’s pretty normal to be afraid of not having stable ground on which to walk. Pretty normal to wish not to be near a cliff off which one might slip off nothingness.

The crux of my problem is the abyss under my feet, and the feeling of being out beyond with nothing between myself and the view. There’s a power that comes with being stuck out there, the power of life and death, and a measly little railing is big-upping itself if it thinks it can suppress it.

Give me a mountain to climb up, a rickety old staircase jutting out the side of a hiking track and I’ll scramble up there like a mountain goat. At least then I’m sticking to solid rock and I am within and surrounded by things bigger than myself. I’ve been jetty jumping, I get the thrill of it. Your heart rising to your throat as the water takes that split second longer to engulf you than you imagined. But dropping a few metres into water won’t kill you, while falling off a cliff probably will. Even a mentally undisturbed person knows that.